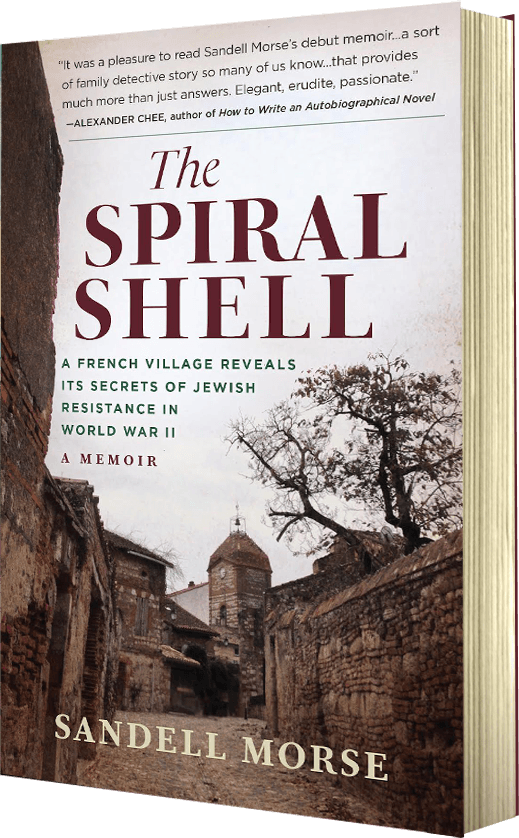 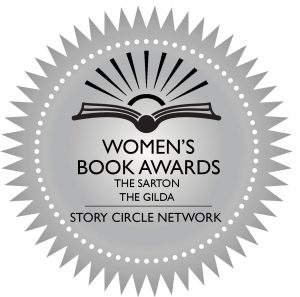 The Spiral Shell: A French Village Reveals Its Secrets of Jewish Resistance in World War II

There are times in each of our lives when we make a journey that takes us beyond the physical place we’ve ventured in order to reveal a different, greater sense of ourselves and our place in history. For author Sandell Morse what started out as a research project became an unexpected rediscovery of identity and faith. In this haunting memoir, she uncovers long silenced stories of bravery and resistance among the civilians of a small town in France during WWII, and in turn finds deeper meaning and understanding of her own Jewish heritage. After the war, as the author describes, “truth went underground” and the stories of those who resisted and escaped were left buried and unheard. Morse gradually befriended and gained the trust of several individuals who shared their stories of bravery and resistance during that harrowing time. In a narrative that unfolds and overlaps both past and present, the author in turn discovers truths about her own life and Jewish history, denied her in childhood, and that she now more fully comprehends in light of the brave and selfless actions of those who chose to fight against bigotry, oppression, and genocide.

“Stories of political resistance from previous eras have become especially urgent to me to read now. So it was a pleasure to read my friend Sandell Morse’s debut memoir…. Elegant, erudite, passionate, I congratulate her on seeing this book through to print.” —Alexander Chee, Author of How to Write an Autobiographical Novel

“The Spiral Shell’s strength lies in what Morse pieced together about a village under occupation. She quotes Timothy Snyder’s chilling book about Hitler’s and Stalin’s mass murders, Bloodlands: ‘It is for us as humanists to turn the numbers back into people.” Stories such as the remarkable ones she has unearthed are really the only way of doing it.” —Thomas Urquhart, Portland Press Herald.

“The story Morse tells teaches the importance of empathy and connection. Like all accounts of the Holocaust, it looks at the struggle for justice and the challenge to retain our humanity in dark times.”  —Rose City Reader

“This is an extraordinary feat: a discovering of more threads of Holocaust history, and a strong personal connection to that history. The multilayered narrative as it weaves in and out of past and present is so compelling, I could not put it down. In addition to the beautiful lives Sandell touches, and which touch her, I was most drawn to the strength of the author’s own character, her indefatigable search for sources, her gentle interrogations and introspective passages, her intrepid duty to history and her own identity. That duty is leavened with wit and charm, with a self-deprecating sense of humor, with a good eye sparkling with perception. What a note-taker she must have been to make this memoir! Here delicacy of spirit and intensity of intention co-exist on every page. It’s a beautiful journey, through sadness to triumph, not to be missed.” —Idris Anderson author of Doubtful Harbor

“Morse’s forays into Vichy France are as courageous as they are chilling. The writing is lovely. The structure of the narrative is elegant, shifting back and forth from Vichy to the author’s years-long efforts to come to terms with her own history. A great read.” —Andrew Merton, author of Evidence that We Are Descended From Chairs

“The Spiral Shell is an evocative, probing, heartfelt memoir, as rich in character and detail as the best fiction. There are all kinds of reckonings here: personal, historical, spiritual. There is a vivid present as well as a vividly imagined past, a voice that is at turns charming, grieving, outraged and wry. Sandell Morse illuminates with wisdom and grace Eli Wiesel’s timeless injunction that, “For the dead and the living, we must bear witness.”
—Alice McDermott, author of A Bigamist’s Daughter, Charming Billy

“The Spiral Shell depicts two vivid journeys, one inward, as Sandell Morse explores her own identity as a Jew and one outward, as she pieces together the history of French Jews under the Vichy government. Each journey is fraught with reversals, full of unexpected details and betrayals at many levels. Secrecy, Morse discovers, is still rife around the deportation of French Jews. This is a necessary, illuminating and beautifully intelligent memoir.”
—Margot Livesey, author of Eva Moves the Furniture and The Hidden Machinery, essays on the craft of writing